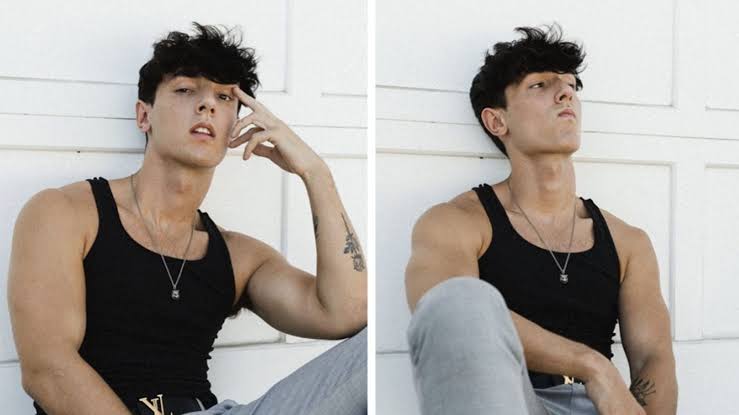 Bryce Hall became active in social media in 2014. He started with a streaming app called YouNow after getting bullied. After that, he started creating videos on Vine and Musical.ly.

Before the app was shut down, he had earned over 30,000 followers. Hall also got more than a million followers on Musical.ly.

In 2015, Hall started his YouTube channel. In 2018, he then moved to Los Angeles to pursue his social media career. Then, he joined a social media stars group called Sway House.

He also signed a contract with a management company named TalentX Entertainment, along with other members such as Josh Richards, Noah Beck, and Joe Albanese.

In 2017, he joined other influencers for The Press Play Tour. Two years later, Hall appeared in a documentary movie called Jawline.

He has collaborated with other internet stars such as Griffin Johnson, Noah Beck, and Charli D’Amelio.

1. Even with a simple outfit, Bryce Hall looks handsome

2. He wears a grey hoodie with black pants

Despite his controversies, Bryce Hall remains to gain a huge following and entertains people through his social media.